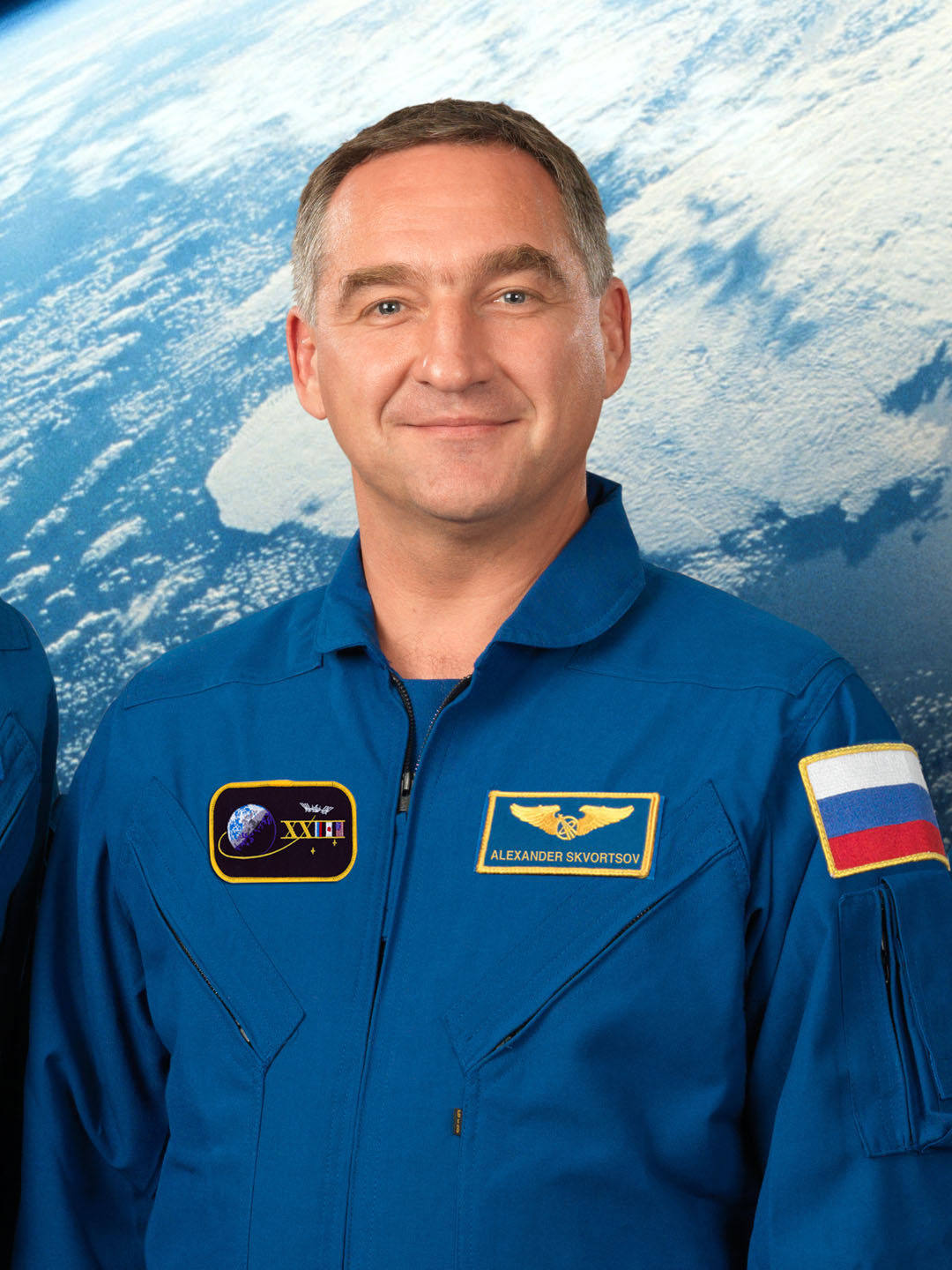 Aleksandr Aleksandrovich Skvortsov (Russian: Aлександр Aлександрович Скворцов; born May 6, 1966) is a Russian cosmonaut. He has had two spaceflights, which were long-duration missions aboard the International Space Station. His first spaceflight took place from April to September 2010, and was launched with the spacecraft Soyuz TMA-18. He arrived at the station part way through Expedition 23, of which Oleg Kotov was the Commander. When Expedition 24 began in June, Skvortsov became Commander.