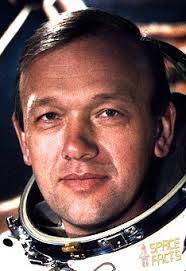 Aleksei Stanislavovich Yeliseyev (Russian: Алексей Станиславович Елисеев; born July 13, 1934) is a retired Soviet cosmonaut who flew on three missions in the Soyuz programme as a flight engineer: Soyuz 5, Soyuz 8, and Soyuz 10. Aleksei's father was Lithuanian with the last name Kuraitis, who died in the Soviet's Gulag as an enemy of the people. Aleksei uses his mother's last name "Yeliseyev" so some regard him as also being a Lithuanian cosmonaut.