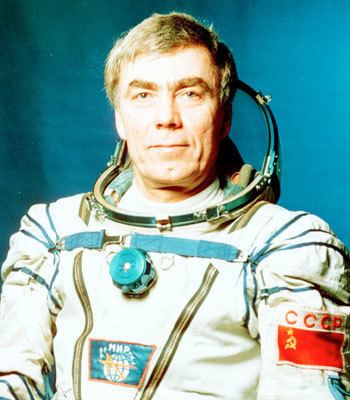 Anatoli Semyonovich Levchenko (Russian: Анатолий Семёнович Левченко; May 5, 1941 – August 6, 1988) was a Soviet cosmonaut. Levchenko was planned to be the back-up commander of the first Buran space shuttle flight, and in March 1987 he began extensive training for a Soyuz spaceflight, intended to give him some experience in space. In December 1987, he occupied the third seat aboard the spacecraft Soyuz TM-4 to the space station Mir, and returned to Earth about a week later on Soyuz TM-3. His mission is sometimes called Mir LII-1, after the Gromov Flight Research Institute shorthand. In the year following his spaceflight, Levchenko died of a brain tumor, in the Nikolay Burdenko Neurosurgical Institute in Moscow.