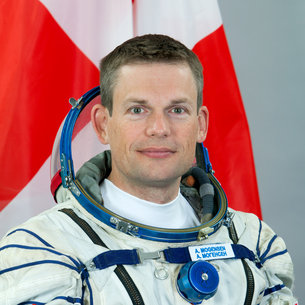 Andreas Enevold Mogensen (born November 2, 1976) is a Danish engineer and astronaut. He was the first Dane to fly in space as part of the iriss programme On September 2, 2015, Mogensen was launched with Soyuz TMA-18M to ISS, and landed with Soyuz TMA-16M ten days later. He was travelling with another visiting flight engineer, Aidyn Aimbetov. Among the items Andreas brought along were LEGO figures and a poster for Copenhagen Suborbitals.