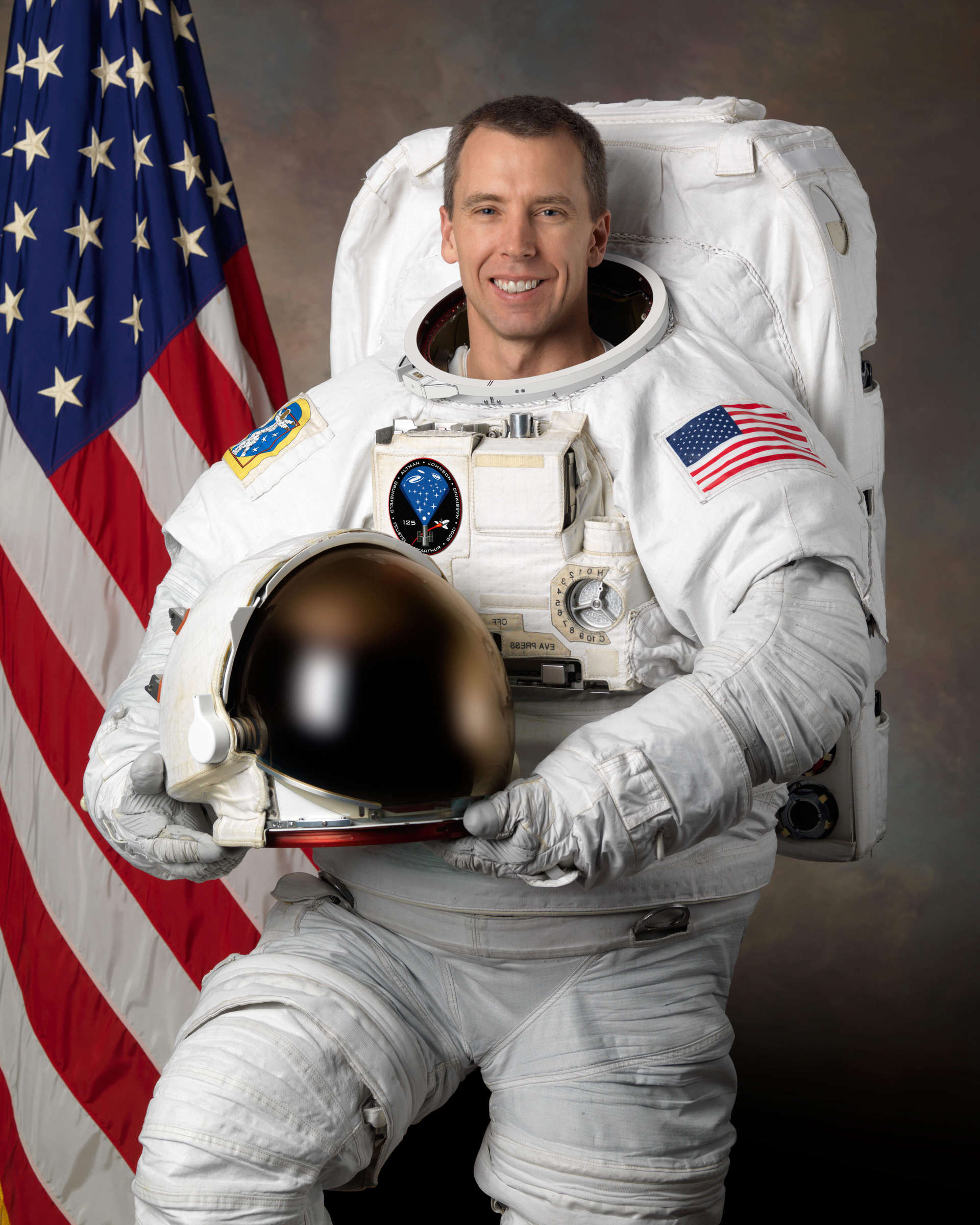 Andrew Jay "Drew" Feustel is a geophysicist and a NASA astronaut. Following several years working as a geophysicist, Feustel was selected as an astronaut candidate by NASA in July 2000. His first spaceflight in May 2009, STS-125, lasted just under 13 days. This was a mission with six other astronauts to repair the Hubble Space Telescope, aboard Space Shuttle Atlantis. Feustel performed three spacewalks during the mission. His second spaceflight was STS-134, which launched on May 16, 2011 and landed on June 1, 2011. STS-134 was the penultimate Space Shuttle flight. Feustel returned to space on March 21, 2018 on Soyuz MS-08 with Expedition 55/56. For expedition 56, he commanded the International Space Station, before handing over to Alexander Gerst on October 3, 2018.