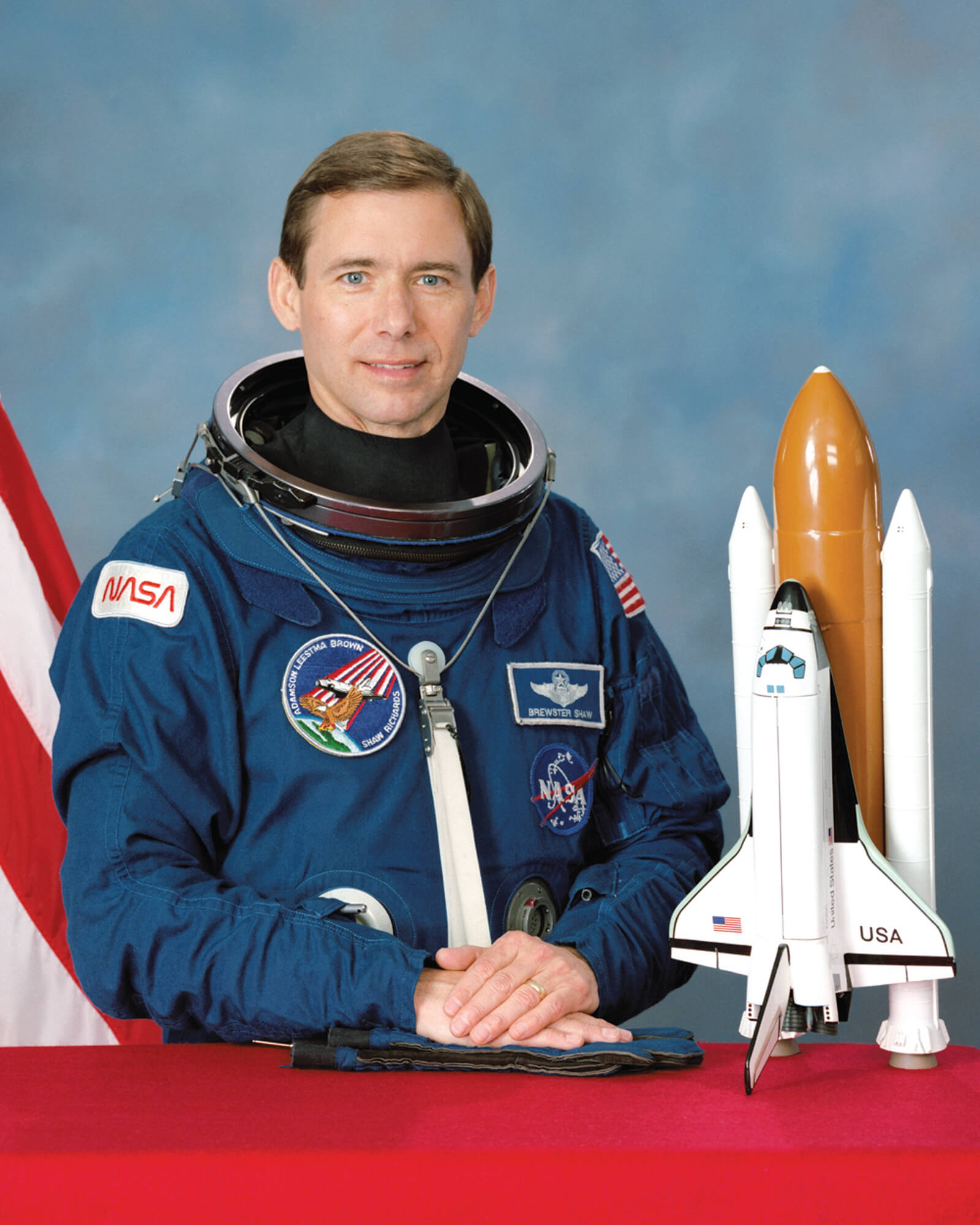 Brewster Hopkinson Shaw Jr. is a former NASA astronaut, a retired U.S. Air Force Colonel and former executive at Boeing. Shaw was inducted into the U.S. Astronaut Hall of Fame on May 6, 2006.[1] Shaw is a veteran of three Space Shuttle missions and has logged 533 hours of space flight. He was Pilot of Space Shuttle Columbia in November 1983, Commander of Space Shuttle Atlantis in November 1985 and Commander of Columbia in August 1989. Following the Space Shuttle Challenger accident in 1986, he supported the Roger’s Presidential Commission[2] investigating the accident. Shaw subsequently led the Space Shuttle Orbiter return-to-flight team chartered to enhance the safety of the vehicles’ operations. Shaw worked as a manager at NASA until 1996 when he left the agency, retired from the Air Force and went to work in the private sector as an aerospace executive.