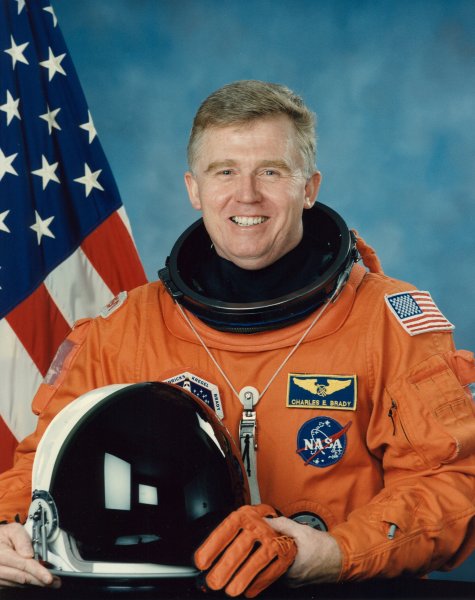 Charles Eldon Brady Jr. was an American physician, a Captain in the United States Navy and a NASA astronaut. He spent 16 days in space on the STS-78 flight in 1996. Brady specialized in sports medicine and worked as team physician at several universities before joining the US Navy in 1986. There he became a flight surgeon, serving with the Blue Angels from 1988-1990. In 1992 he was selected for NASA's astronaut program and completed training to prepare for space flight. After serving in the astronaut program, he returned full-time to the Navy and served as flight surgeon at Whidbey Island Naval Air Station in the San Juan Islands before retiring in the Pacific Northwest.