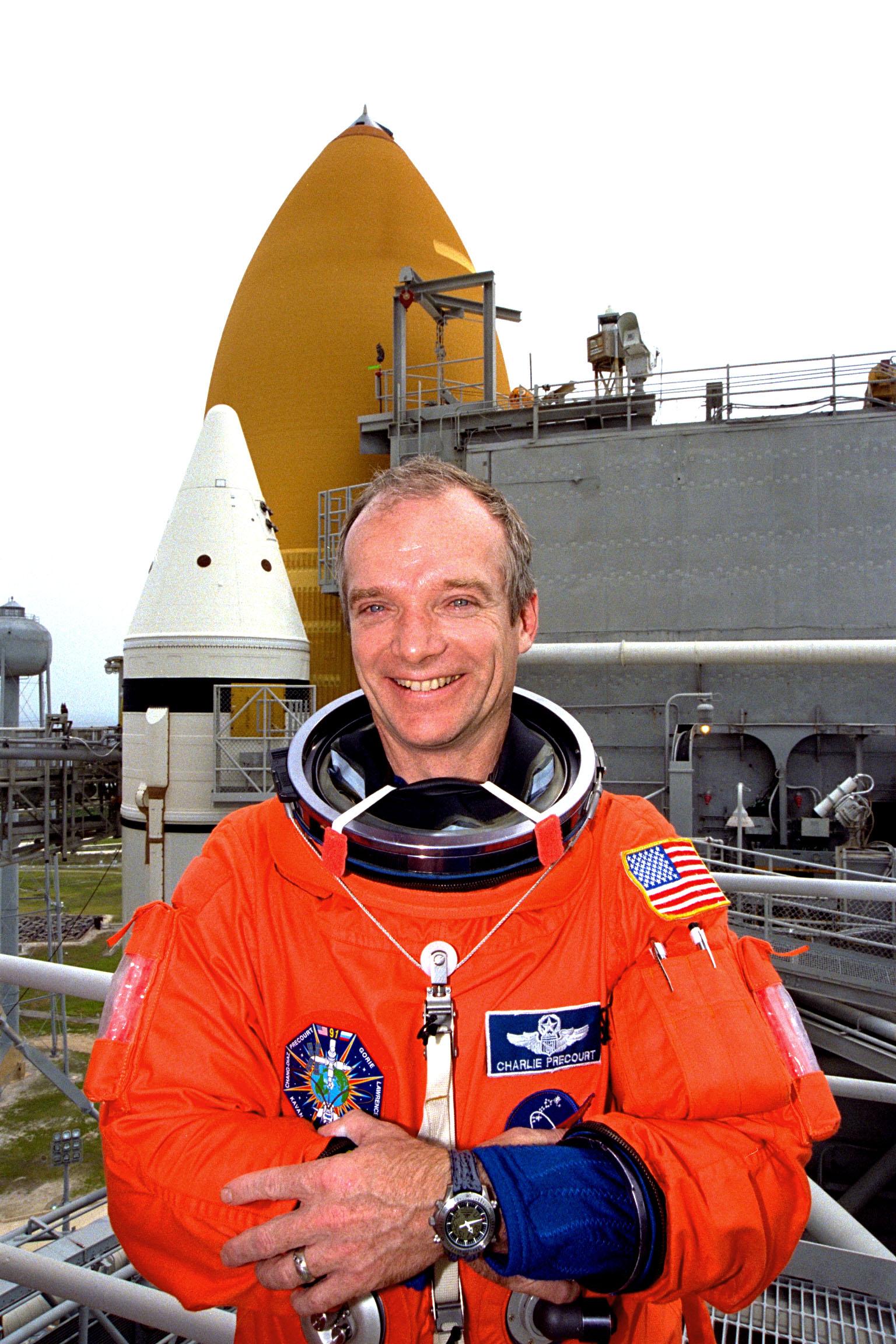 Charles Joseph Precourt is a retired NASA astronaut. His career in flight began at an early age, and spans his entire lifetime. He served in the US Air Force, piloted numerous jet aircraft, and piloted and commanded the Space Shuttle. Notably, he piloted or commanded several missions which involved docking with the Russian Mir space station and was heavily involved in Russian/US Space relations as well as the International Space Station collaboration. He retired from the USAF with the rank of Colonel.