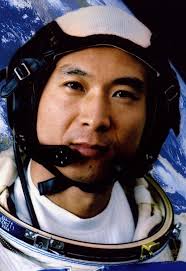 Major general Fei Junlong (simplified Chinese: 费俊龙; traditional Chinese: 費俊龍; pinyin: Fèi Jùnlóng; born 1965) is a Chinese military pilot and an astronaut. He flew on the second manned spaceflight of the Shenzhou program. Fèi was selected for the CNSA astronaut program in 1998. He was in the final five selected for the Shenzhou 5 flight. He was the commander on the Shenzhou 6 flight that launched October 12, 2005, with Niè Hǎishèng serving as flight engineer). They landed on October 17, 2005.