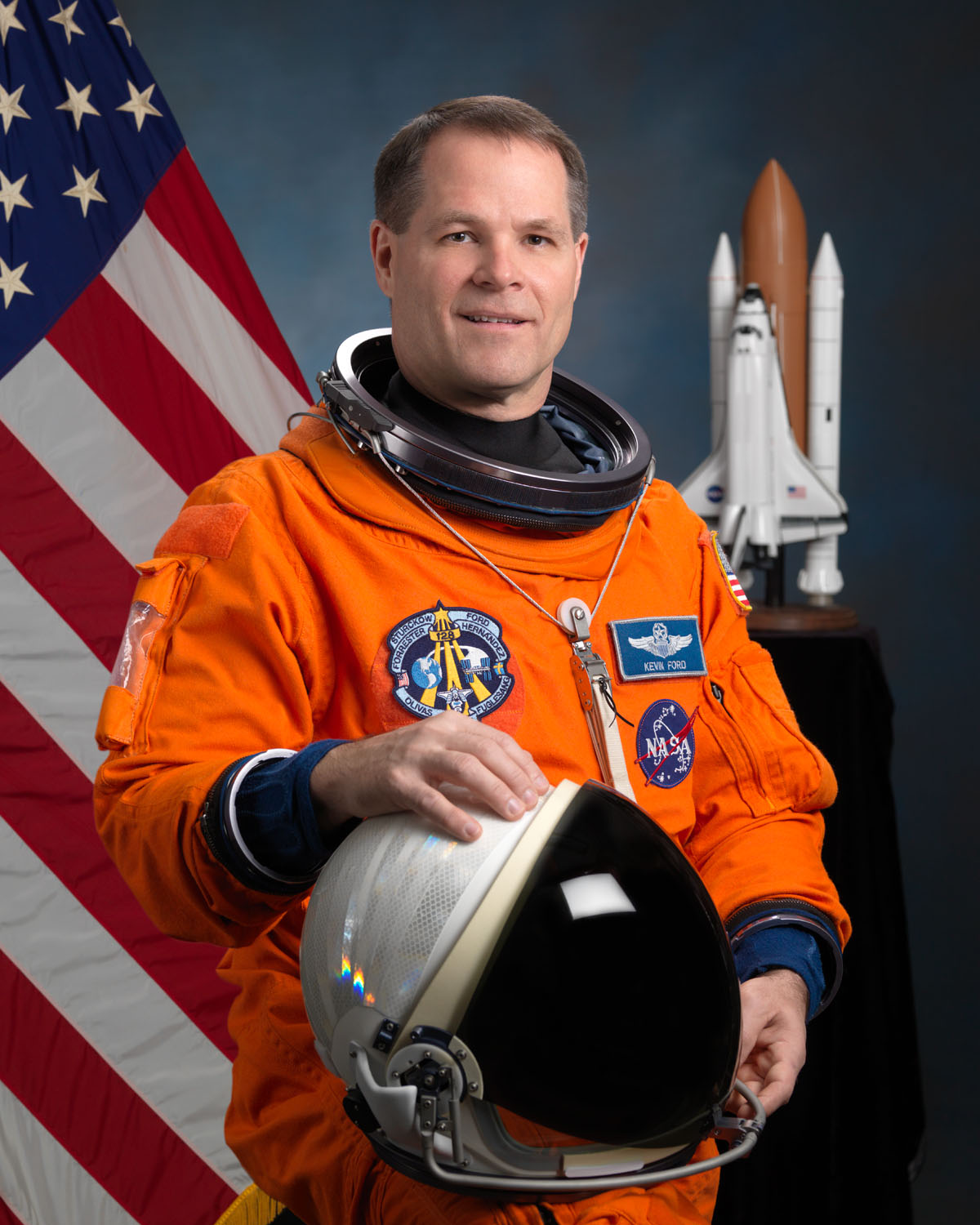 Kevin Anthony Ford is a retired United States Air Force Colonel and a NASA astronaut. Ford has received a number of special honors and awards, some of which are the Air Force Meritorious Service Medal, Air Force Commendation Medal, Aerial Achievement Medal and the Armed Forces Expeditionary Medal. Ford has also logged more than 5,000 flying hours and also holds FAA commercial certificates for airplanes, helicopters and gliders. Ford has served in many roles at NASA since his selection in July 2000. The roles include as a Capsule Communicator or CAPCOM. He was also the Director Of Operations at the Gagarin Cosmonaut Training Center in Star City, Russia from January 2004 to January 2005. He was pilot of STS-128 and Flight Engineer 2 of Soyuz TMA-06M from October 23, 2012 to March 16, 2013.