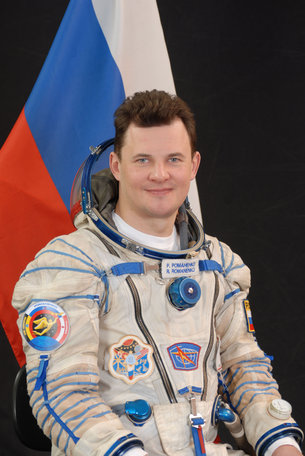 Roman Yurievich Romanenko (Major, Russian Air Force; Russian: Роман Юрьевич Романенко; born August 9, 1971) is a retired cosmonaut at the Yuri Gagarin Cosmonaut Training Center. Romanenko was selected as a cosmonaut candidate at the Gagarin Cosmonaut Training Center Cosmonaut Office in December 1997. From January 1998 to November 1999 he undertook his basic training course. In November 1999 he was qualified as a Test Cosmonaut. He served as the backup to Oleg Kotov as the Commander of Soyuz TMA-10 and Fyodor Yurchikhin as Commander of Expedition 15.