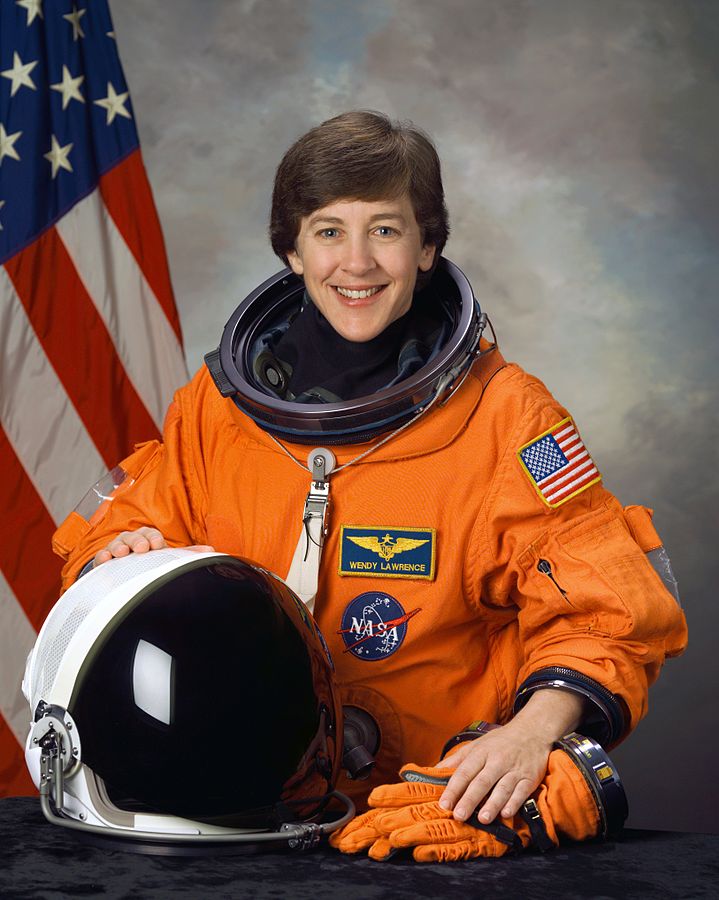 Wendy Barrien Lawrence is a retired United States Navy Captain, former helicopter pilot, an engineer, and a former NASA astronaut. She was the first female graduate of the United States Naval Academy to fly into space and she has also visited the Russian Space Station Mir. She was a mission specialist on STS-114, the first Space Shuttle flight after the Space Shuttle Columbia disaster.