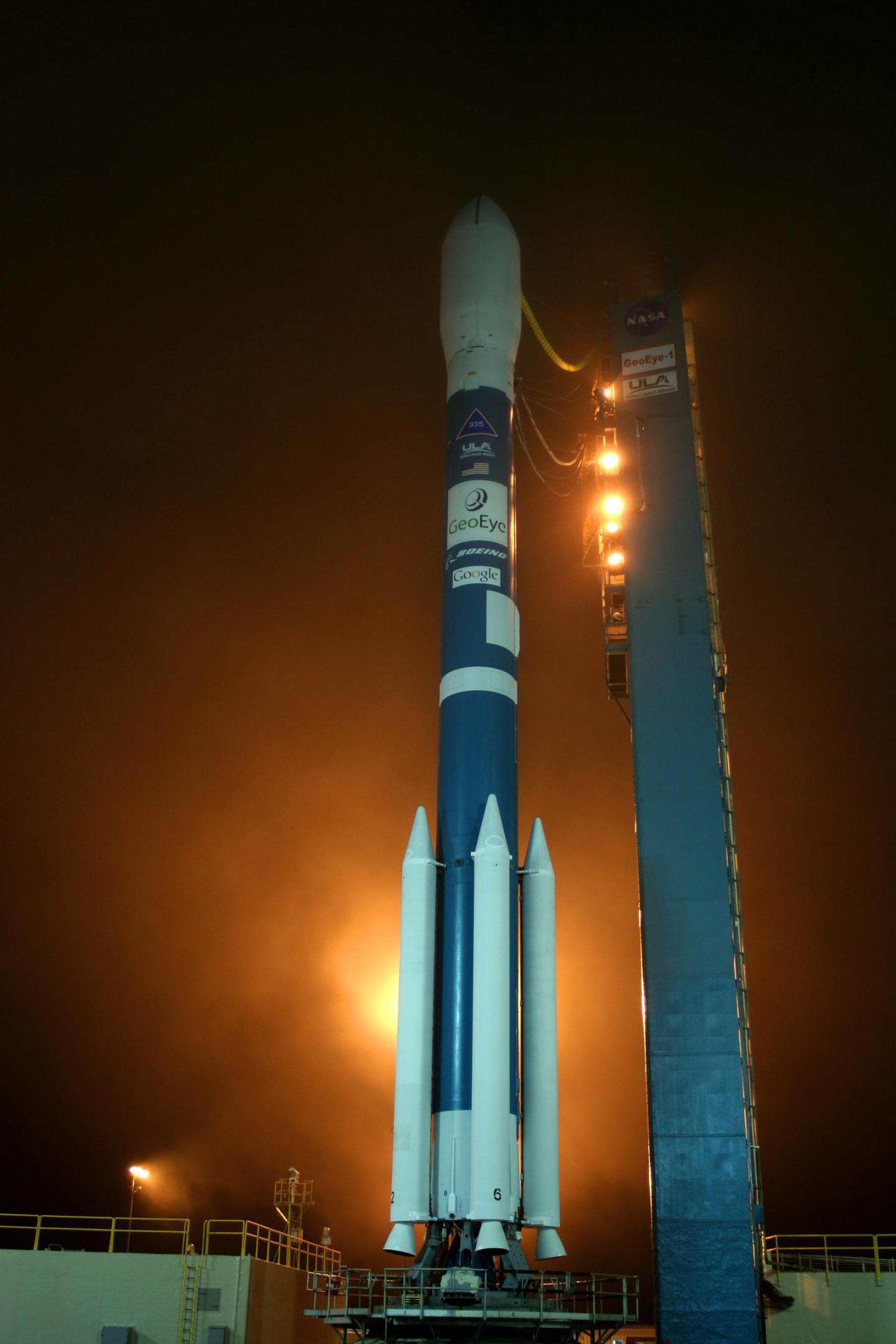 The GPS-IIR replenishment satellites are produced by General Electric Astrospace (later Martin Marietta and Lockheed Missiles & Space) under a contract issued in 1989, which included 21 satellites based on the commercial AS-4000 bus. These provided improved navigation accuracy and longer autonomous satellite operation than earlier model GPS satellites. The satellites were three-axis stabilized and operated at downlink frequencies of 1572.42 MHz and 1227.6 MHz (L-Band) and 2227.5 MHz (S-Band). Lockheed was responsible for launch and flight operations support of the GPS-IIR through 2006.