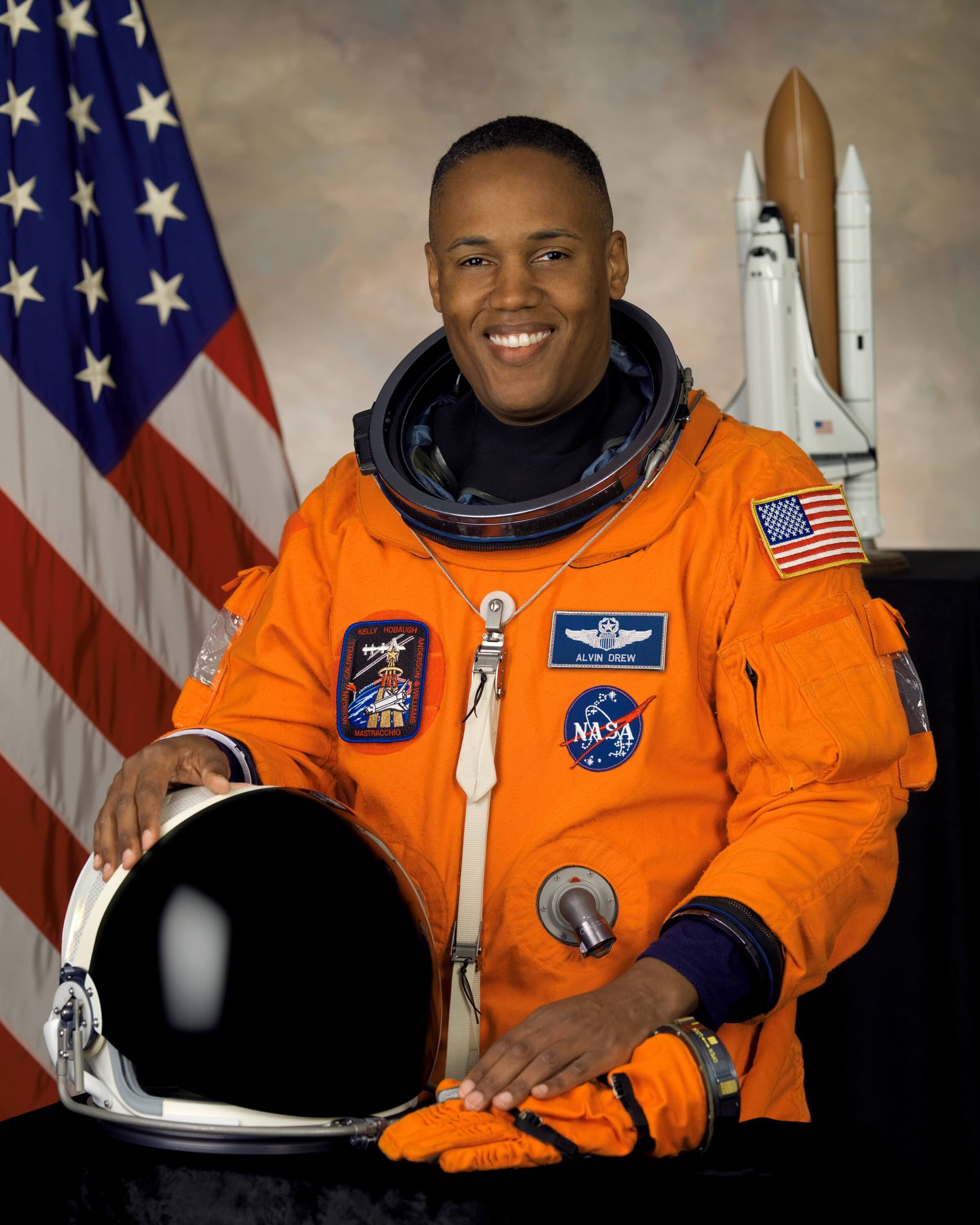 Colonel Benjamin Alvin Drew is a United States Air Force officer and a NASA astronaut. He has been on two spaceflights; the first was the Space Shuttle mission STS-118 to the International Space Station, in August 2007. Drew's second spaceflight took place in March 2011 on STS-133, another mission to the International Space Station. STS-133 was Space Shuttle Discovery's final mission. Drew took part in two spacewalks while docked to the station. Drew was the final African-American to fly on board a Space Shuttle, as the final two Space Shuttle missions, STS-134 and STS-135, had no African-American crew members. He also is currently the latest African-American Astronaut to fly in space. Drew was selected to be an astronaut in NASA's Astronaut Group 18 in July 2000. Following his rookie spaceflight, Drew spent almost a year at the Yuri Gagarin Cosmonauts Training Center in Star City, Russia, overseeing NASA's training operations there as Director of Operations. On February 28, 2011, Drew became the 200th person to walk in space, when he conducted the first spacewalk of the STS-133 mission with fellow astronaut Steve Bowen.