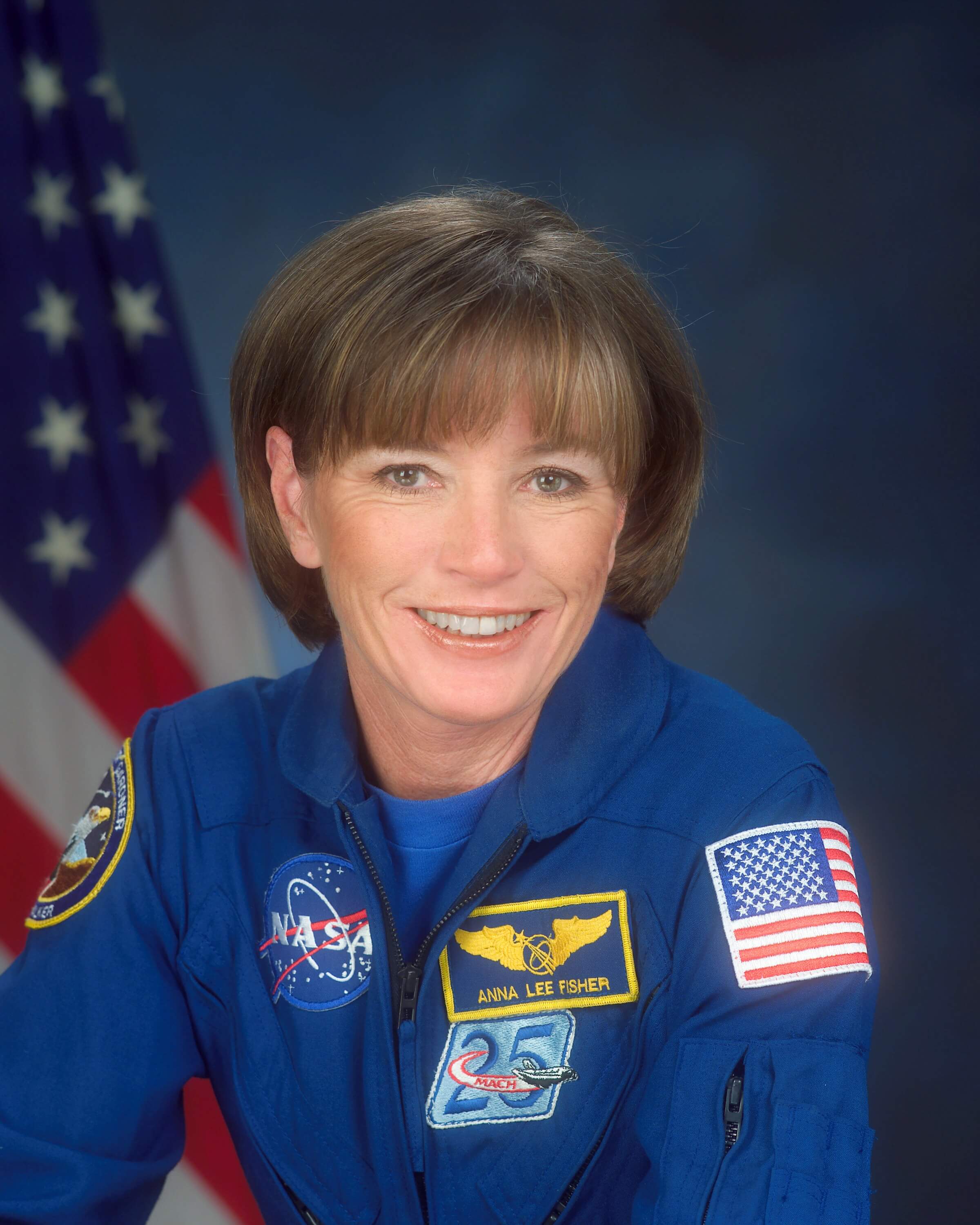 Anna Lee Fisher (née Tingle) is an American chemist, emergency physician, and a former NASA astronaut. Formerly married to fellow astronaut Bill Fisher, and the mother of two children, in 1984 she became the first mother in space.[4] Fisher was formerly the oldest active American astronaut.[5] During her career at NASA, she has been involved with three major programs: the Space Shuttle, the International Space Station and the Orion project.