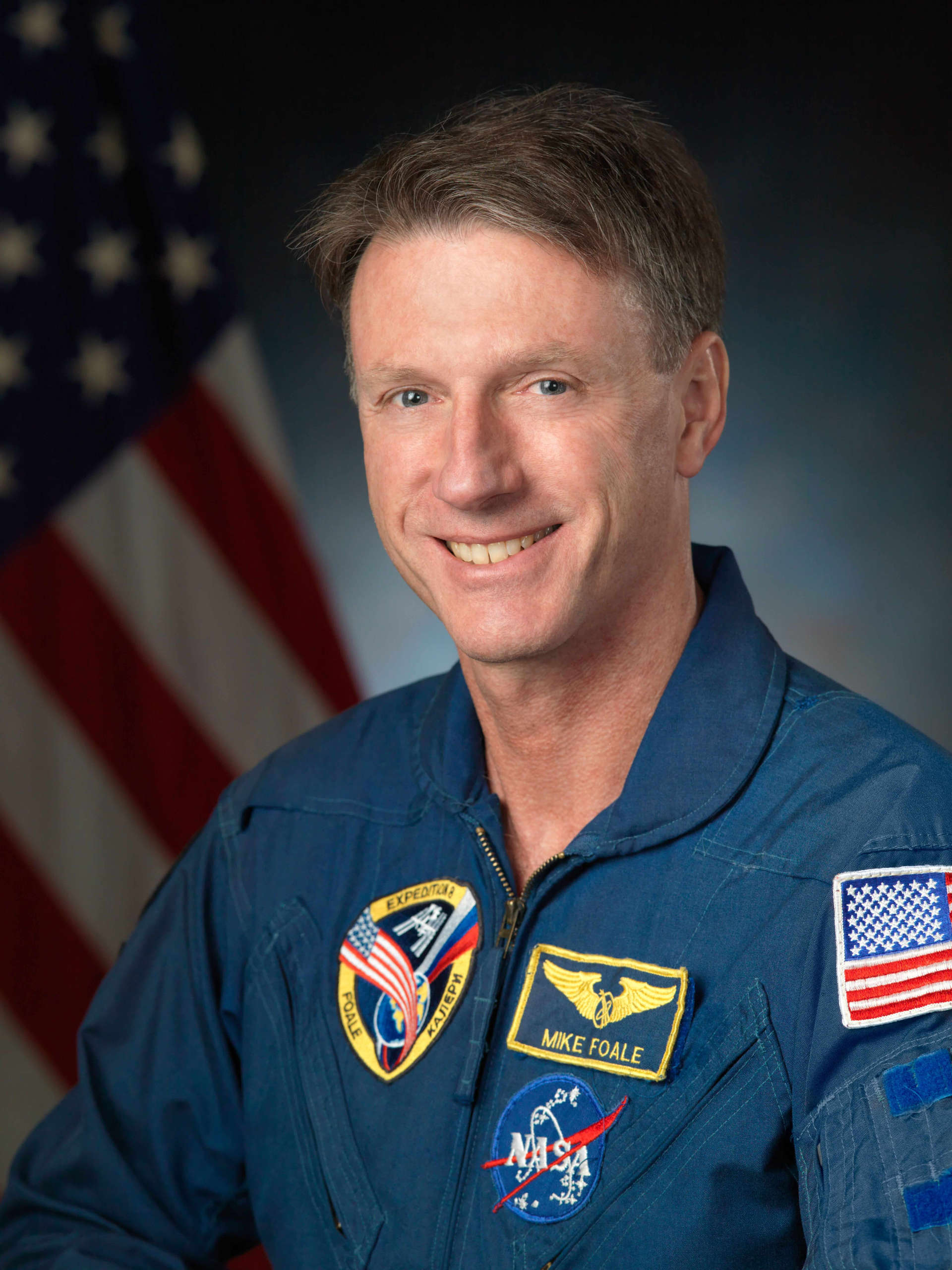 Colin Michael Foale CBE is a British-American astrophysicist and former NASA astronaut. He is a veteran of six space missions, and is the only NASA astronaut to have flown extended missions aboard both Mir and the International Space Station. He was the first Briton to perform a space walk, and until 17 April 2008, he held the record for most time spent in space by a US citizen: 374 days, 11 hours, 19 minutes. He still holds the cumulative-time-in-space record for a UK citizen.