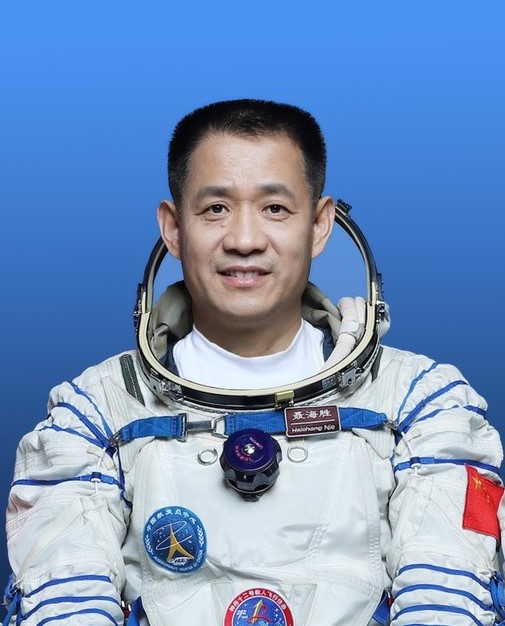 Nie Haisheng is a Chinese military pilot and CNSA astronaut. In 1998, he was selected for the Chinese spaceflight program and was one of three candidates who were part of the final group to train for the Shenzhou 5 flight, China's first manned spaceflight. Yang Liwei was picked for the flight, with Zhai Zhigang ranked second ahead of Niè Hǎishèng. Nie went into orbit, along with Fei Junlong (commander), as flight engineer of the Shenzhou 6 flight on 12 October 2005. The mission lasted just under five days. He was selected to be the commander of the backup crew for the Shenzhou 9 mission. In 2013, Nie was selected to command the Shenzhou 10 second manned space mission to the first Chinese space station Tiangong 1. He became the first officer hold general rank at the time of their launch in the Chinese program with the Shenzhou 10 mission.