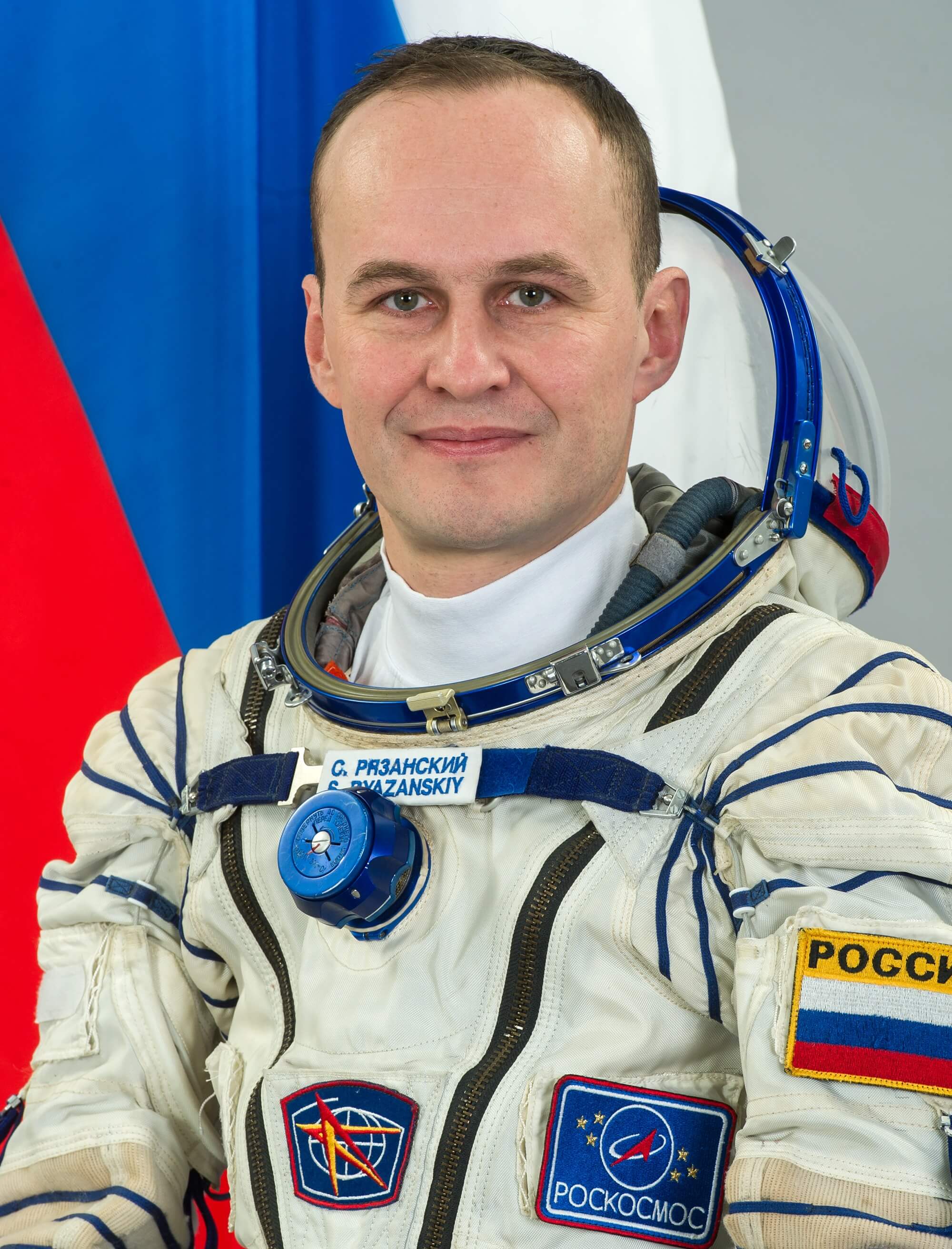 Sergey Nikolayevich Ryazansky (Russian: Серге́й Николаевич Рязанский; born November 13, 1974) is a Russian cosmonaut. He was selected as commander of the IMBP-6 cosmonaut group in 2003, but later transferred to the TsPK Cosmonaut Group. Ryazansky made his first spaceflight aboard the Soyuz TMA-10M/Expedition 37/Expedition 38 mission from September 2013 until March 2014. In 2017, Ryazansky returned to space was the commander of Soyuz MS-05, and served as Flight Engineer for Expedition 52 / 53. Ryazansky was selected as a research and test cosmonaut in 2003. He completed training in 2005. In 2009 he participated in a 105-day mission as part of phase two of the Mars 500 program.