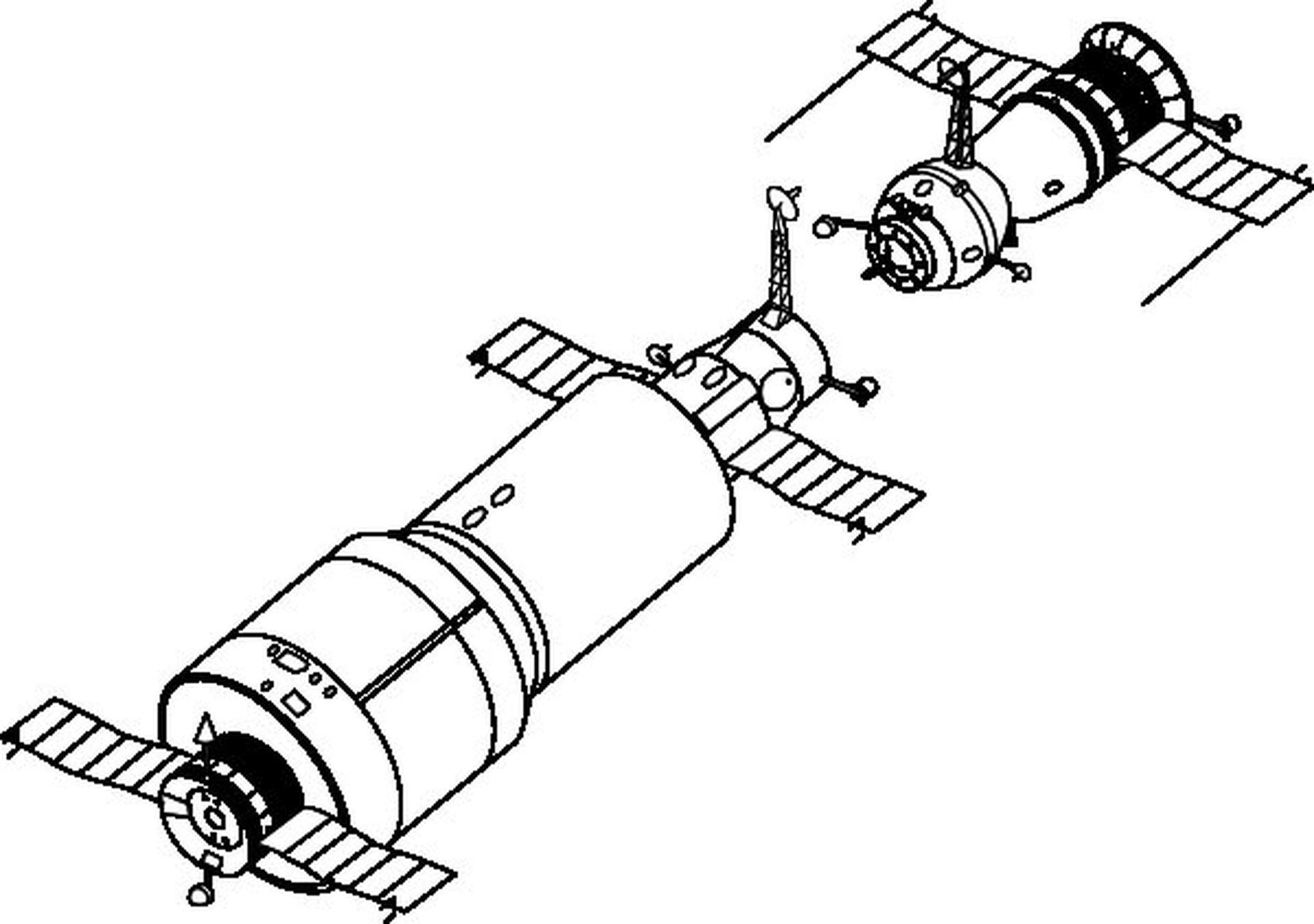 Salyut 1 (DOS-1) was the first space station of any kind, launched into low Earth orbit by the Soviet Union on April 19, 1971. The Salyut program followed this with five more successful launches out of seven more stations. The final module of the program, Zvezda (DOS-8) became the core of the Russian segment of the International Space Station and remains in orbit.