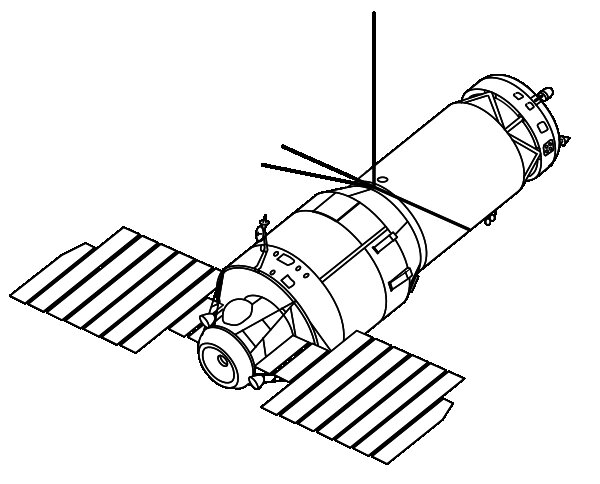 Salyut 3 (Russian: Салют-3; English: Salute 3; also known as OPS-2 or Almaz 2) was a Soviet space station launched on 25 June 1974. It was the second Almaz military space station, and the first such station to be launched successfully. It was included in the Salyut program to disguise its true military nature. Due to the military nature of the station, the Soviet Union was reluctant to release information about its design, and about the missions relating to the station. It attained an altitude of 219 to 270 km on launch and NASA reported its final orbital altitude was 268 to 272 km. Only one of the three intended crews successfully boarded and manned the station, brought by Soyuz 14; Soyuz 15 attempted to bring a second crew but failed to dock. Although little official information has been released about the station, several sources report that it contained multiple Earth-observation cameras, as well as an on-board gun. The station was deorbited, and re-entered the atmosphere on 24 January 1975. The next space station launched by the Soviet Union was the civilian station Salyut 4; the next military station was Salyut 5, which was the final Almaz space station.